Can You Digitize a Stone Tablet?

Over the years (decades?) we have been asked if we can scan some very interesting things. One of a kind artwork, yes, but it makes us incredibly nervous. Linen drawings from the late 1800’s, sure, but again, not for the faint of heart. How about an expensive Italian scarf that would make an awesome pattern for wallpaper, yes, bring it over! To be honest though, no one has asked us to scan a stone tablet. 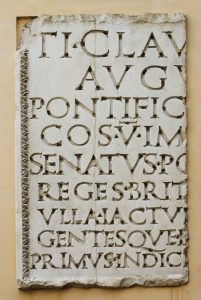 Scientists have determined that the oldest stone tablet ever discovered was created in what we now know as Iraq in the years 3350-3000 BC. That’s seriously old. People at the time used glyphs (symbols) carved into rectangular limestone rock to document facts and events so that future generations could benefit from recorded history. So, in effect, stone tablets were just the first in an endless series of technologies used to capture data.

With that having been established, can an argument be made that scanning marriage, birth and death records from almost 200 years ago, newspapers from 1910 or computer printouts from the 1970’s doesn’t really differ all that much from extracting and sharing information from the dawn of civilization?

Taking the premise one step further, isn’t it clear that we have always lived in an information age? Granted, travelling to Mesopotamia 5400 years ago would have been, at the very least, arduous, given the creation of the 747 was somewhat down the road. However, assuming you could somehow visit the caves where these tablets resided, and decipher the information represented by the symbols on them, wouldn’t you want to include that data in your archives?

Micro Com Systems – We Can Scan Just About Anything!

Of course you would. That’s a very roundabout way to explain what MCS can do for you. MCS can scan just about anything, extract all relevant meta data and return the images and data to you in a very expedient way, no time travel required. And, at the conclusion of the scan process, we will return your digitized files back to you on a convenient thumb drive.

It’s important to note (and we looked this up) the average thumb drive weighs a paltry 12 grams. Should you ever drop one on your foot, simply pick it up and get back to what you were doing.

The same can’t be said of a stone tablet.